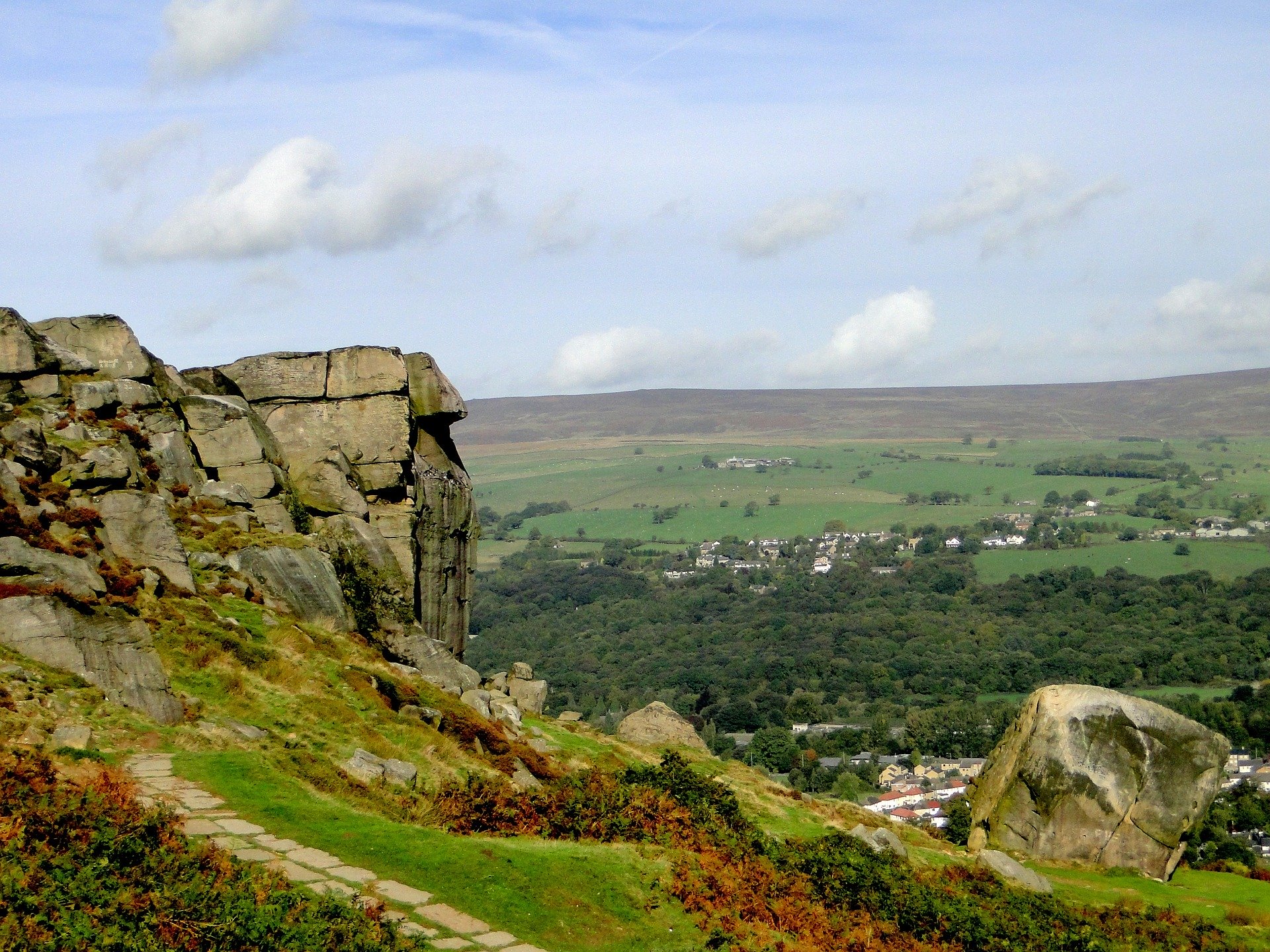 A good part of the work I handle is relocations, particularly people moving from the south to the north, either for work or because they want to swap a busy metropolitan lifestyle for a quieter, more rural existence.

You may already have read my Guide to Harrogate, but if you’re wanting to move somewhere similar, yet smaller with views of stunning countryside from your own windows, then Ilkley might be just what you’re looking for. Some consider it a quieter, yet more upmarket, version of Harrogate, referring to it as the ‘town of millionaires’, despite being able to get a bit more for your money, property-wise. With a population of around 15,000, compared to Harrogate’s 160,000, then you’ll understand why. It is compact, and yet there is still plenty going on in this thriving community.

Below are my top six reasons why I think Ilkley is a great place to live.

In the 19th century, Ilkley was a bustling spa town, attracting the great and the good from miles around who wanted to sample the healing benefits of its pure moorland waters. That past is reflected in the stately Georgian townhouses and stylish Victorian villas that make up a number of its serene tree-lined streets. Some of the most sought-after addresses lie to the south of the River Wharfe up the hill, yet moments from the town centre. Equally those properties to the other side of the River in Middleton are highly desirable.

Slightly further down the road is Ben Rhydding, Burley in Wharfedale and Menson, all with their own particular charms and easy access to Ilkley itself.

Ilkley is well served by excellent state and private schools. All three state primary schools, Sacred Heart Catholic, Ashlands, and All Saints C of E, have been rated as ‘Outstanding’ by Ofsted, as have the two nearest state secondary schools, Ilkley Grammar and St Mary ‘s Menston. If you prefer to privately educate your children, then there are two high-achieving schools nearby, Westville House and Moorfields.

Lots to see and do

We’ve all heard of ‘On Ilkla Moor Baht ‘at’, the song that has made the area famous the world over, but unless you’ve been to Ilkley Moor, you might not realise just how breathtaking it is. The views are spectacular, and it is a walker’s paradise. Some of the best vistas are gained from the Cow and Calf Rocks, a favourite spot for keen rock climbers. The town is also just a stone’s throw from the Yorkshire Dales, which has Area of Outstanding National Beauty status.

If you’re a sports fan, then there are plenty of options to keep you entertained. Ilkley Lawn Tennis and Squash Club has some of the most well-known grass tennis courts outside London, and hosts tournaments that attract internationally-ranked players, including the Ilkley Trophy, an ATP Challenger and Wimbledon warm-up event. The local golf club is also internationally-renowned, and was where Colin Montgomerie honed his legendary skills and he, alongside former Ryder Cup Captain Mark James, are Honorary Life Members of the club.

There are also thriving clubs for rugby, football, athletics and cricket fans. Keen swimmers will be delighted to know that Ilkley has one of the few outdoor lidos remaining in the country. The lido, which has listed building status, also has an indoor pool and a gym and has been frequented by the Olympian triathletes Alistair and Jonny Brownlee.

For those of you who prefer a bit of culture, the town hosts the annual Ilkley Literature Festival which has attracted world-renowned guest speakers such as W.H Auden, Will Self, Melvyn Bragg, Lemn Sissay, Gyles Brandreth and Michael Parkinson. There is also an annual music festival, a toy museum and a heritage and arts centre.

Easy to get to and from

One of the reasons Ilkley is a favourite among commuters is its convenient transport links. Trains run to Leeds and Bradford every half an hour and thereafter there are easy links down to London. It is also just a 20 minute drive to Leeds-Bradford International Airport and half an hour to the M1 heading south and access to Manchester/the west is also straightforward.

If you like high quality dining experiences, then Ilkley won’t disappoint. There is a Betty’s Café and Tea Room in the heart of town, famous for its irresistible hand-made cakes and other delicacies. Not far away is the award-winning Box Tree restaurant, renowned for its locally-sourced menus and fine wines and also responsible for training the likes of Marco Pierre White.

Although the spas for which the town was famous in the 19th century have long-since gone, the more adventurous among you can join around 100 locals on New Year’s Day to take a dip in the icy original plunge pool up at the White Wells café. When you see that the flag is flying from the white stone cottage, then you know it is open for business.

If you prefer to cook your own food at home, then make sure you visit Lishman’s butchers which has won many awards for its meat and pies. You might like to buy a drop of beer from Ilkley Brewery, or take home a bottle of wine recommended by the experts at Martinez Wines.

As for shopping, Ilkley has a pleasing emphasis on independent trade, with local retailers having a healthy prominence in the town. Of course, the usual national chains are there, but are less dominant, which means the town, and its smart main shopping street The Grove, retains the charm of its Victorian past.