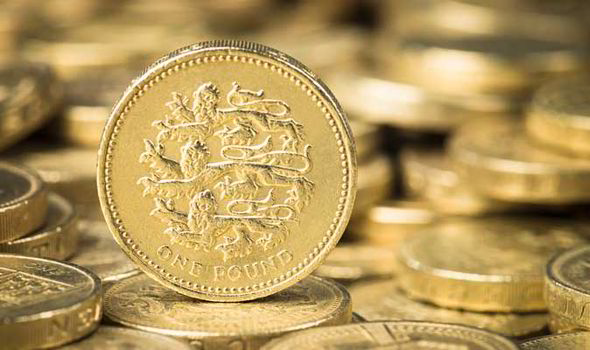 British estate agents may be cheap, but it will cost you

A research article just released has found that estate agents fees in the UK are vastly cheaper than their foreign counterparts. It was found that most UK agents charge on average between 1% and 2%, with parts of central London seeing highs of 3%. However by comparison:

Although the British industry is more loosely regulated than other countries, they often face much fiercer competition and are prepared to be more flexible on their terms in order to secure business.

However, whilst it may feel that you are getting a deal if you squeeze your appointed estate agent’s commission rates right down, it can potentially have a damaging effect on your sale.

For example, if the estate agent’s profit margins have been greatly reduced, will they be motivated enough to obtain the very best sale price for you? If they are earning little from the deal, will they consistently remain proactive and promote your property to the best of their abilities?

Would it not be better to reward your estate agent for performing well and securing you the best sale figure? For the difference in cost of remunerating an estate agent for what can sometimes be an additional x-hundred pounds, versus the x-thousand pound loss you could incur by not necessarily securing the best sale price for your property – I know which option I would choose.