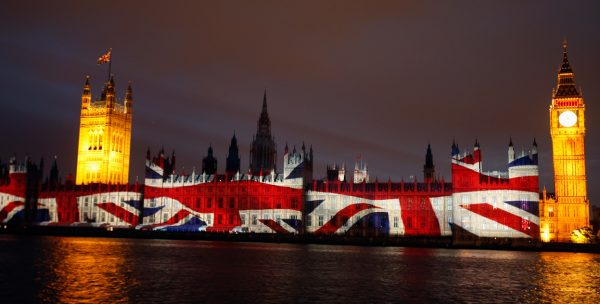 Brexit means Brexit! (as featured in The Yorkshire Post)

Four weeks ago, we heard the UK was leaving the EU and what happened… panic set in. Whilst one half of the UK were revelling in their success, the other half were going in to meltdown. The stock exchange was all over the place, Sterling fell off a cliff, political resignations went around like wildfire and the doom-mongers had a field day!

People then started buying in to this psychological panic about the economy and lost sight of what was actually going on. The media love selling perceived bad news and keeping the drama going, after all that’s what sells. This has led to levels of uncertainty remaining around longer than they potentially needed to. People started wondering if it was the end of the world as we know it, will we head in to an economic black chasm or worse, who could replace Len Goodman on Strictly Come Dancing?!

What we must remember is that leaving the EU is not an on-off switch type scenario. From the point the UK Government invokes Article 50, there are 2 years from that point of detailed negotiations. In other words, it is likely that we will not know the full details of Brexit until 2019!

The key to all of this, whether you are Brexit or Bremain, is mindset. By staying positive and keeping calm, you will start to see the new economic and property landscape in a new light.
Mortgage lending rates are at an all time low, with one bank already launching the cheapest deal on record of a 10 year fixed rate at 2.39%. Money has never been cheaper to borrow and therefore if you were thinking of moving home, you could now go up two or three rungs of the property ladder in one step. The Bank of England have held interest rates at 0.5%, however there is talk that this may need to come down. Good news for borrowers!

The laws of the property market do not change, which are that supply and demand are kings. In Yorkshire, supply has been weak but demand high. This has led to prices holding firm in comparison to other parts of the country. Therefore if you are a homeowner looking to sell, demand remains good and as long as your guide price is realistic, again there are answers out there for you too.

Investing and buying property has rarely been about short term flipping. Most purchasers are looking at owning their next property for 5+ years. Therefore, any changes in the house price index are likely to balance out over this timeframe. That is why property has always been historically proven to be the best investment over the medium to long term. International investors have also played on the currency exchange rates and are increasingly keen to buy. Again another positive outcome!

The actual conclusion of Brexit is a long way down the line and everything in the media currently is on the most part educated speculation. After all, no country has ever been in this position before. What we do know is that the UK and the EU want a clean break on the best terms for both sides – we need them and vice versa.

So when you look at the world in a positive frame of mind, keep calm and take a medium term viewpoint, the outlook is not so bad after all. Yes there is some current short term turbulence, but it’s not a surprise, we knew this would be the case anyway.

Here’s a parting thought for you – will we actually leave the EU in the end? Either way, all the white noise about staying in, going out, meeting in the middle is all talk. Am I going to put my life on hold for a minimum of the next 2 years. No, of course not and I suggest you may wish to do the same!